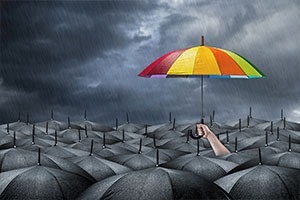 "Do I have named perils or comprehensive coverage on my homeowner's insurance policy?" Most customers don't know that this is a question they need to be asking their agent every time they get a new homeowner's policy. The coverage differences are significant and it's important that as a consumer you know what you are agreeing to when starting a new insurance policy.

Named perils coverage is a policy that provides coverage for losses at your property from a specific list of covered losses. For example, if the named perils policy says that your covered losses are: fire, earthquake, and hail; those are the only losses that will be covered on your policy. If you happen to have a water loss you wouldn't have any coverage for that because it is not one of the listed perils of loss. On the flip side, if you happen to have a loss due to fire then your insurance policy would provide coverage for any damage related to the fire.

Comprehensive coverage is a policy that provides coverage for all losses, unless otherwise excluded. A policy like this would instead exclude losses that it doesn't want to cover. So a comprehensive policy might say that we will cover all perils to your house except earthquakes and hurricanes. For example if you had a loss related to water it would be covered on the policy because it was not listed as an excluded peril; however, if you had a loss from an earthquake your policy would provide no coverage because it is listed as an excluded peril.

It is very important to know what type of policy you have so that you understand what types of losses to your home will be covered. Many customers don't know there is a difference and therefore don't ask but then find themselves in a claim situation that isn't covered because they had a Named Perils policy.