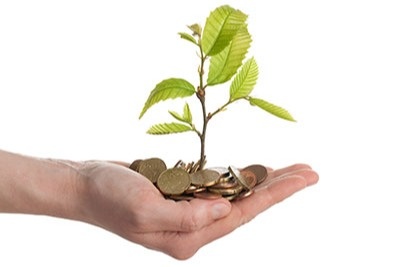 What are the Advantages and Disadvantages of the three Agent Types?

Two weeks ago we reviewed the three main insurance agent types: direct, online, and independent. This week we will review the advantages and disadvantages to both and why we feel one is better than all of the available options.

One of the most obvious advantages for the "captive" agents is their company's brand recognition. Most direct channel agents don't ever have to worry about marketing. Companies like State Farm, Farmers, or Allstate spend billions of dollars a year on marketing making them a well-known option for consumers. Another advantage is the back office support that direct channel agents have. With only one company and a limited product range, agents and back office support are able to become experts in their product offerings and have the assistance to service and help customers

The most significant disadvantage to the "captive" agents is just that, they're captive. Direct channel agents have no choice but to be more of a representative for the company and not so much a representative for their customer. The limitation of products available can really hinder a direct channel agent's ability to truly meet the needs of each of their customers. Direct channel agents are also heavily affected by rate increases. If their company increases the rates on their product their customers are only given two option: stay and pay a higher rate or leave and find another agent. Being subject to the decision of their company can make insurance very difficult for the agent and the consumer.

One advantage that most online channels have is they are generally cheap. Most consumers go to them because they know they are able to keep rates low and that fits within their budget. Another advantage is the convenience for some people. Many consumers are pressed for time and it's convenient for online channel consumers to do everything online and occasionally talk to someone on the phone. This model allows people to spend less time on insurance and more time doing something else.

There are several disadvantages to the online channel. The first and most important is that while a consumer is getting cheap coverage the majority of the time they are getting low liability limits and bare bones coverage which then doesn't provide them the coverage they need at the time of an accident. The second and equally important disadvantage is that the online channel generally doesn't take the time to educate the consumers on the important of having adequate or great insurance coverage. The online channel is there to sell a product for as cheap as possible which to many agents is doing a disservice to the consumer and the insurance industry. The third disadvantage applies to some consumers, but not all: not being able to talk to someone in person can be a huge problem for some consumers. There are still a lot of people that would like to have one agent to work with that is there to answer their questions or someone they can see in person. This is never an option with the direct channel therefore making it difficult to build a relationship.

There are many advantages to the independent agent channel. One of the most important is the multitude of insurance company options available to the agent. Being able to sell products through multiple companies allows the agent to more closely match the needs of each customers. Multiple carriers also means there is a much better chance of finding great rates for a customer that will match their budget. A second advantage is when one carrier within the agency has a rate increase, that agent is able to go to other carriers to find a more competitive rate for the customer. Unlike the other two models that essentially tell consumers "take it or leave it", an independent agent can say "let me find you a better option". The model of the independent channel allows agents to be a representative for the consumer, not the insurance company.

While the disadvantages to the independent side aren't as glaring as the other two channels there are a few. One disadvantage for some consumers is that most independent agents have less resources and smaller offices. This can be hard for some consumers that want to be able to call someone 24/7 and get immediate service. In an independent agency you may need to leave a voicemail and get a call back later in the day. This however, can be a good thing because it allows the customer to build a relationship with an individual or a group of individuals which is incredibly important when it comes to insurance servicing. Another disadvantage is they may not be able to write outside of a state that are located in so for some consumers who have homes or businesses in other states, it can be limiting to have an agent who can't write or help them with insurance in another state.

In summary our opinion is the Independent Agent Channel is the best option for consumers. While many people may feel we are biased, our above analysis shows otherwise. The basic premise of the independent channel is that agents are able to be advocates for the consumer which is one of the best advantages consumers have when going this route. Consumers are able to get products that truly fit their needs and they have the ability to reassess price when they need to. Consumers deserve options and they deserve an independent agent that is there to educate, guide, and advocate for them.